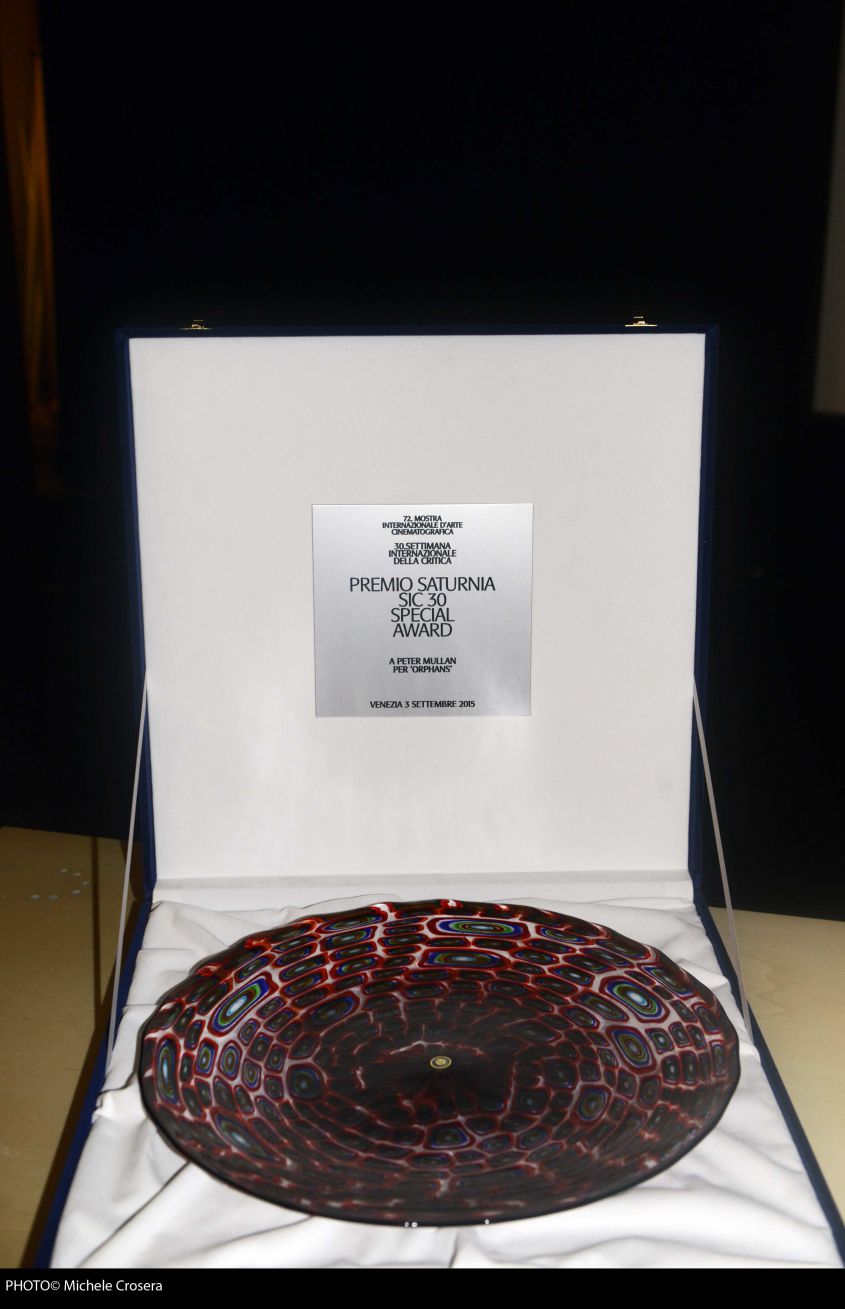 This year, the Hotel Saturnia & International has had the honour to give out the Hotel Saturnia Prize – SIC 30 Special Award to Scottish director and actor Peter Mullan for his film ‘Orphans’ (1998). This prize rewards the best debut feature film presented in the whole history of the Venice Film Critics’ Week. (September 2-12, 2015), which has celebrated this year its 30th anniversary.

The family Serandrei and its four generations, represented by Marianna Serandrei, has been actively involved and passionate about Venice's cultural life and has always supported the cinema world.

Undoubtedly the Neorealism precursor, he firstly worked as assistant director and screenwriter, and from 1939 as editor (working with the main directors such as Luchino Visconti, Dino Risi, Luigi Comencini, Federico Fellini, Francesco Rosi and Gillo Pontecorvo). In 1985, the movie ‘Giorni di Gloria - Glory Days’, in which Mario Serandrei collaborated as co-director, was played at the Venice Film Festival.

That's why the Hotel Saturnia Prize symbolizes the perfect recognition for the family Serandrei commitment towards culture in all its shapes.